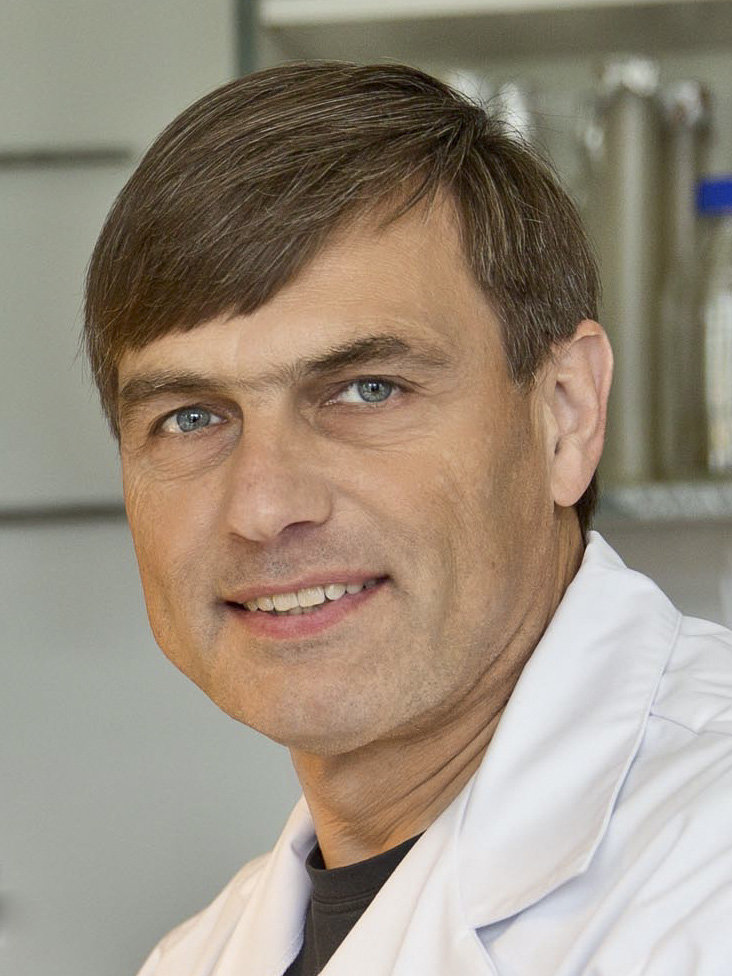 SBP-box genes, which are the central interest of the group, code for transcription factors that are ubiquitous in photosynthetic organisms ranging from algae to trees. Plants generally display remarkable developmental plasticity. However, the degree of phenotypic variation in different environments remains limited by developmental homeostasis. Recent studies indicate that SBP-box genes play central roles in controlling certain homeostatic processes. SBP-box genes seem not only to be involved in maintaining, but also in overcoming, the limits imposed by homeostasis as required to allow developmental phase changes.
In the short term, the unique opportunities for reverse genetics offered by the model species Arabidopsis thaliana are being exploited to assign functions to SBP-box genes, (known in Arabidopsis as SPL genes), and to integrate them in regulatory networks. In the long term, comparative genetics of SBP-box genes should contribute to a better understanding of the molecular, genetic and evolutionary mechanisms that drive plant diversification and distribution in relation to ecological factors.

Acting at the interphase between homeostasis and phase change, SBP-box genes may lead to better understanding plant diversification.

SBP-box Genes and the Vegetative to Reproductive Phase Change

In recent years, numerous small RNAs, known as microRNAs, have emerged as important regulatory components in different aspects of plant development. In Arabidopsis, eleven out of the seventeen SPL genes are targeted by the microRNA miR156. The interaction also found in the moss Physcomitrella and thus reflects an evolutionary ancient feature. In Arabidopsis, this interplay has turned out to be highly relevant for shoot maturation and flowering. In these developmental processes, several miR156 targeted SPL genes act redundantly in controlling the juvenile-to-adult phase transition, which renders plants sensitive to photoperiodic induction of flowering. Disruption of particular SPL genes prolongs the juvenile phase, whereas precocious expression of others cause early flowering. Ongoing research seeks to link these SBP-box genes to known flowering pathways.

Not all SBP-box genes in Arabidopsis are under the control of miR156. One of these, the SBP-box gene SPL8, has been found to exert its function within the reproductive organs of the flower. In particular, spl8 mutant flowers produce less pollen and set less seed. SPL8 expression is associated with the differentiation of the sporogenic tissues in the anthers, possibly in response to the plant hormone gibberellin. How SPL8 affects sporogenesis and why spl8 mutants are not completely sterile is currently being investigated as part of a project supported by the DFG.

Unlike SPL8 and the miR156 controlled SPL genes, the remaining SPL genes are more deeply conserved within green plants and expressed constitutively and in a wider range of tissues. In the single-celled alga Chlamydomonas, a key factor in nutritional copper signalling has been identified as a member of this subfamily of SBP-box genes. More recently, a homologous Arabidopsis gene, SPL7, was also found to play a central role in copper homeostasis. In collaboration with other groups specialized in the study of metal homeostasis, spl7 mutants are currently exploited to study plant growth under limiting copper availability.

Comparative studies will reveal whether the control over homeostatic responses and the regulation of growth transitions are common themes in SBP-box gene function in the plant kingdom, and whether they represent two sides of the same coin.